Sometime in the last couple of years I tried dyeing some paper using plant materials. I put them under weights, put them in the corner of the office, and forgot about them. By the time I accidentally rediscovered them many of the pages were moldy but I could salvage a few. Then I put them in a basket of other papers and forgot about them again.
Earlier this month I came across a call for work for a 4×6 exchange exhibit. You send a work and get a random work returned. So after rediscovering them for a second time, I pulled out one of those sheets of eco-dyed paper and tore it down to size. I started sewing. 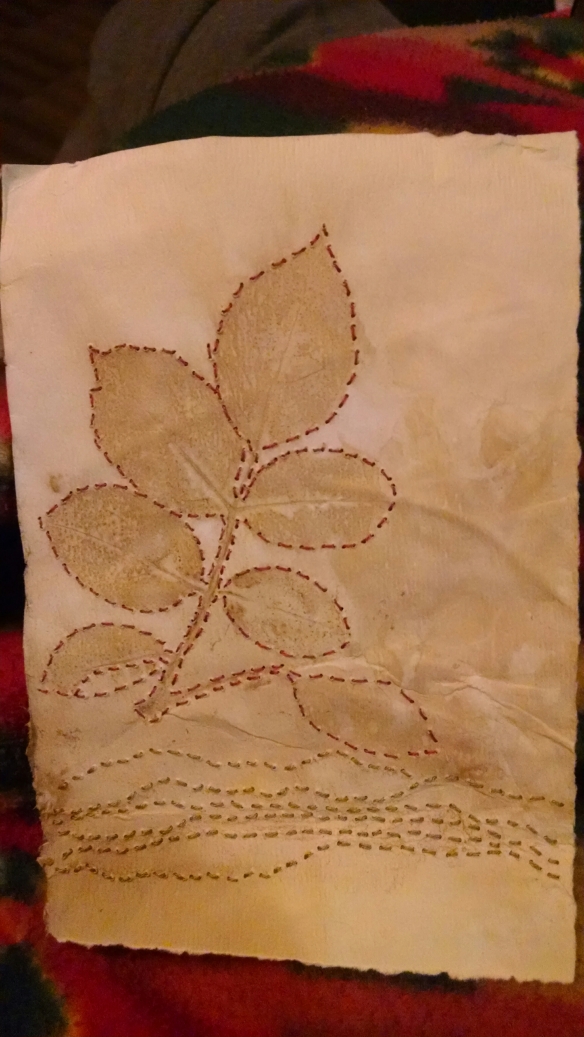 I thought this was okay, but not really wow, so inspired by the splotchy dye on the leaves I thought I would add some french knots. 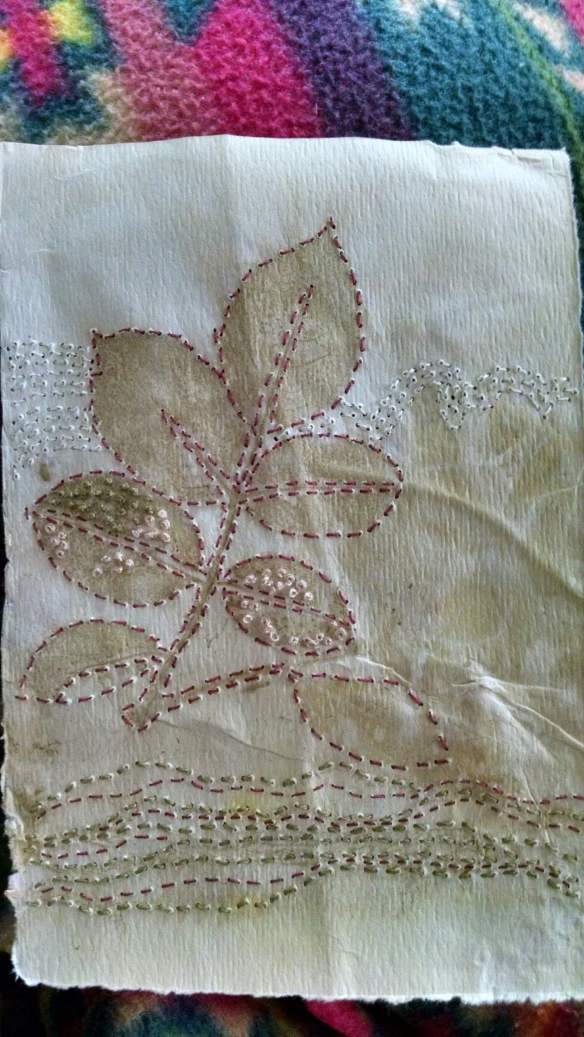 This was an awful decision. They were too much. Having gone too far I decided there was nothing to do but keep going, so I added more stitching using a finer thread almost the color of the paper. 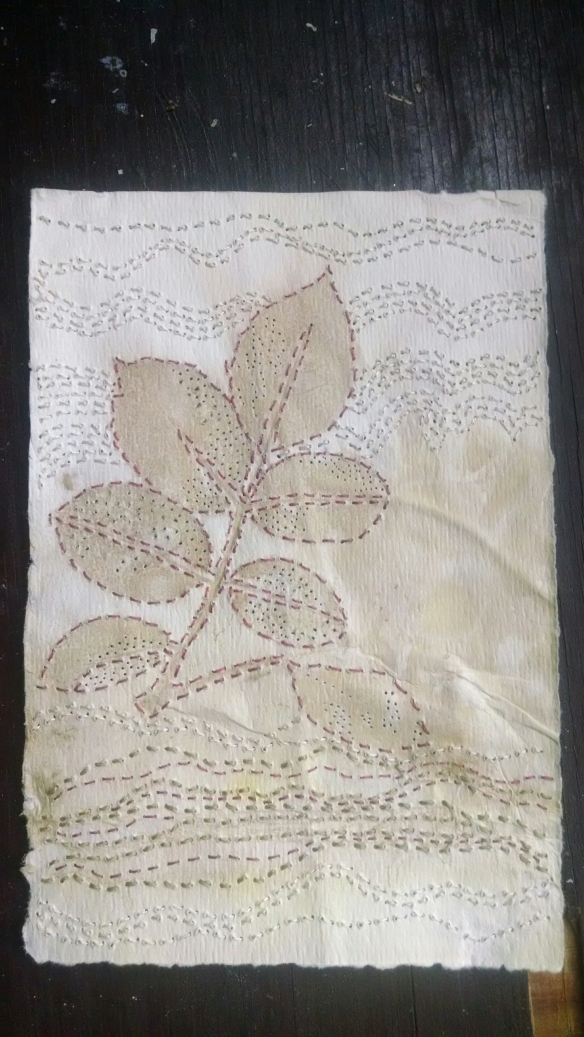 This was better, but I hated the french knots so a good friend and fellow artist Elena suggested I just take them out. Duh! Brilliant! And that was much better, but still unbalanced. I posted a picture on Facebook and several other art friends weighed in. Sometimes you need another set of eyes. Another artist, Anna, suggested adding more layers to the composition. Again, brilliant.
This paper had a mirror twin from where the leaves were pressed in. So I cut out the main leaf to add on top. 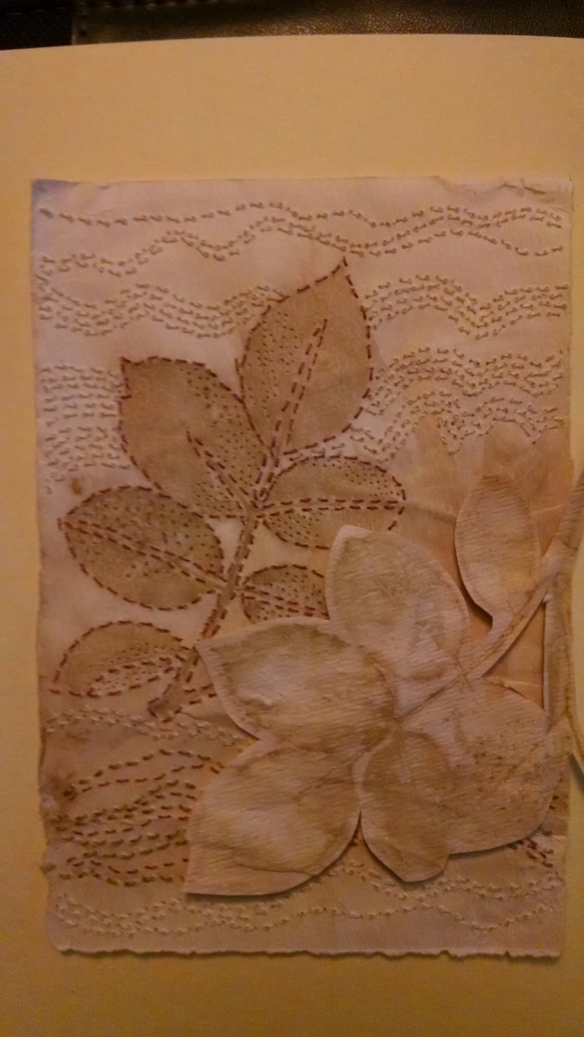 Already I was feeling happier. So I embroidered around the edges and trimmed a little more with a scalpel. Then sewed through the layers. 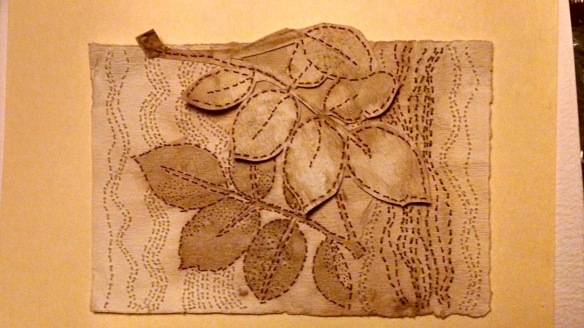 So here is the final composition. Better by committee. And off on its way to the exhibit.
One of the most amazing things about the internet is that it brings other artists into my studio. Sometimes you need fresh eyes and its great to be able to reach out to people you admire and trust.